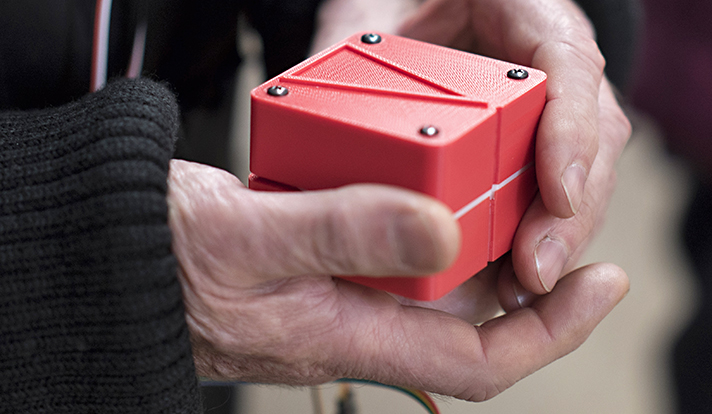 An engineer from Yale University, Adam Spiers, has developed a navigation device that points you in the right direction by altering its shape. Animotus is the name of the device and it looks like a cube but it is a rather special one in the sense that the top half of the cube is separated from the bottom half of the cube.

Animotus is made from a 3D printer. In order to direct a user in a desired direction, the top half of the cube twists towards that direction and then slides forward relative to the estimated distance of the target location. This all happens in response to wireless signals received by the Animotus in real time. These wireless signals carry information about the user’s location in their environment.

The good thing about this device is that the user does not have to see the device in order to properly use it to navigate in their environment. And this means that blind people can also use the device.

“The simple idea is that when you’ve arrived at your target destination, it becomes a little cube again,” said Spiers. “You hear about people walking into fountains or crashing into lampposts because they’re staring at their phones,”

The device certainly solves the problem of having to look at one’s navigation device every 2 minutes while trying to find a certain location. In addition to that, Spiers also hopes that the device will prove helpful to the visually impaired population.

“It would just work in the background the whole time,” he added. “It wouldn’t obscure the sounds of the city, which is one way that a visually impaired person appreciates the world.”

In terms of how accurate the precision of the device is, the device rivals the GPS.

“I’d like to try this for the outdoors,” said Spiers. “Hook it up to Google Maps and see what happens.”

This certainly looks promising and it would be interesting to see how Spiers would merge the two products into one. He also believes that the device has tremendous potential in precisely navigating both sighted and visually impaired people. Hikers for example, can navigate easily with the Animotus without the inconvenience of having to look at their navigation device constantly.

It does not vibrate and it produces no sound, so it does not irritate the user as opposed to other similar products.

“Sound is pretty much how they appreciate the world,” he said. “If you visit a city, you look around and you get an impression. That’s what visually impaired people do also, but with audio.”

During the testing phase of the device, Spiers put audience members in a completely dark room with the Animotus in their hands and were directed to navigate themselves. The audience included both sighted and visually impaired persons.

The audience wore large suits that carried their tracking equipment. Spiers noted that the average walking speed of the audience reduced by just 0.3 meters per second below the standard average.

“That implies that they were pretty confident as they were moving around,” he said. “They only slowed down a little bit, despite being guided through an unknown dark space by a wholly unfamiliar technology.”

The device has so far been only tested in the lab but Spiers is looking forward to testing it in the field. 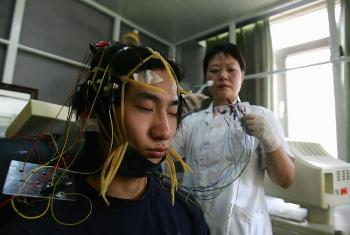 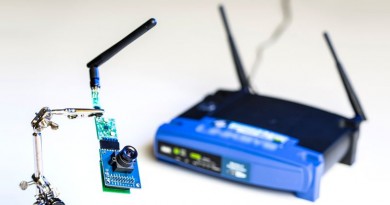