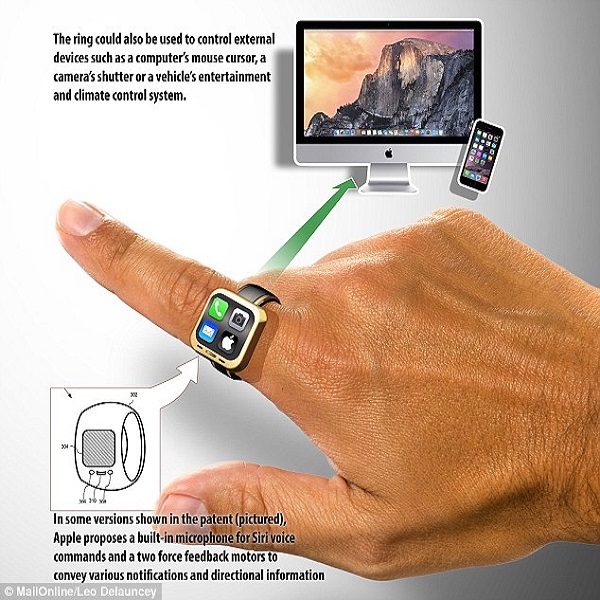 Apple has designed a new product and yes, it is a smart ring. It is still a concept as Apple applied to patent a new ‘ring computing device’. The device includes a touch screen mounted on the surface of the ring, a computer processor, a wireless transceiver and a rechargeable power source.

In addition to these basic features, the smart ring will include features we have already seen on the Apple Watch such as a microphone, camera, motion sensors, haptic feedback and many more responsive features. Communicating with the device can be done through taps, gestures and speech as well. The smart ring could even be aware of the orientation of your hand with the help of biometric sensors. This could give rise to new a form of communication with an Apple device. So one could perhaps close their fist to trigger a certain command and extend their fist to trigger another command. 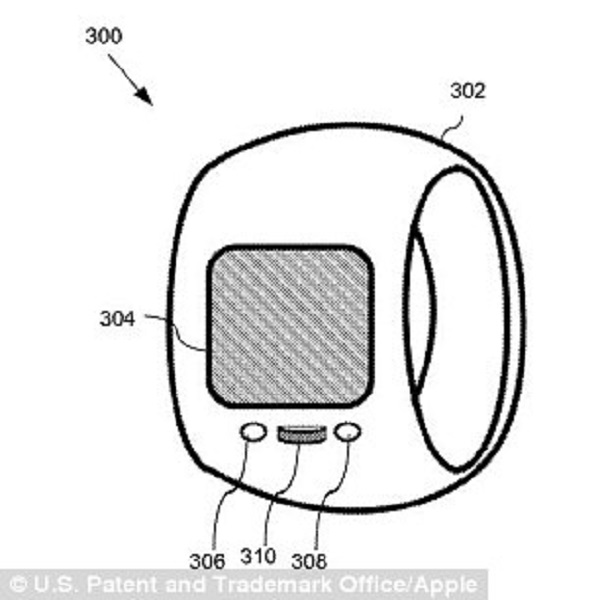 The main motivation behind the design of this device seems to be similar to that of the Apple watch, which is making a Smartphone more convenient to use. According to Apple, using devices with large phone screens could be cumbersome, inconvenient, or inefficient for certain applications. So it looks like capitalizing on this inefficiency is the reason why the smart ring was designed.

“The light emitted by a touch screen may be inappropriate in certain social environments or even dangerous if it gives away the position of a threatened user,” according to the patent. “A need therefore exists for a more discreet, safer, more efficient, or more ergonomic way to interact with touch pads or touch screens.” 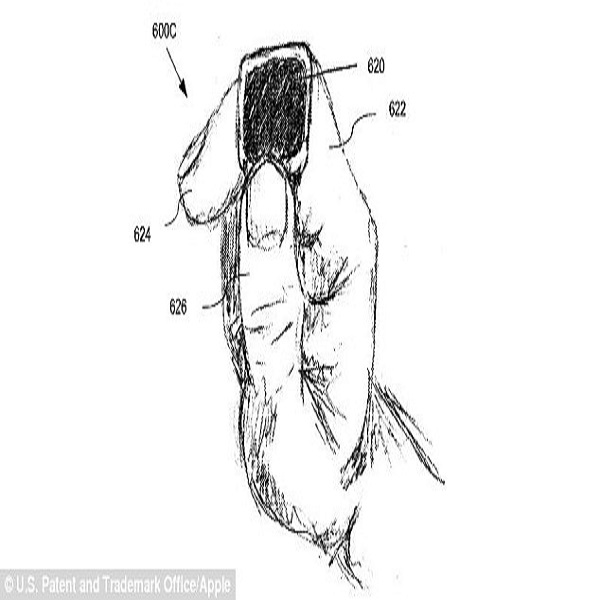 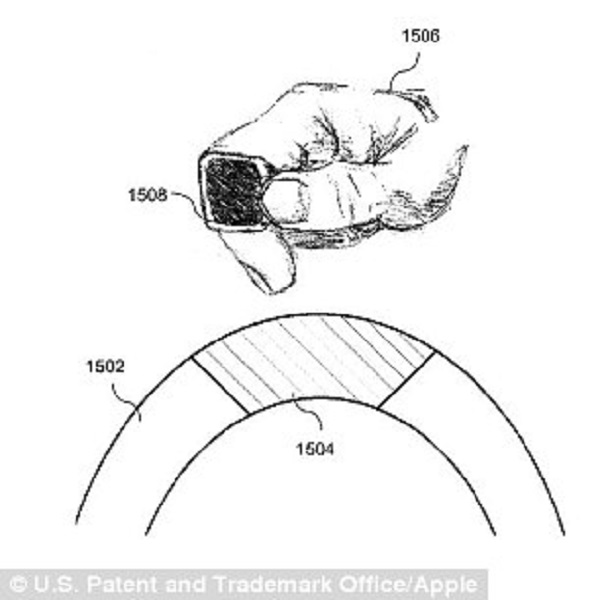 The ring could be used to control a computer as a mouse. So you could perhaps slide your finger across the surface of the ring to scroll through a document on your computer screen. The ring could also be used to communicate with other electronic gadgets at home. These could include switching lights, garage doors and the TV.

Another particularly interesting application of the smart ring is a scenario whereby two people wearing the smart ring exchange data by shaking hands. By shaking hands, the two parties could exchange messages, pictures or even money instantaneously.  As stated by Apple, “the user may say ‘by shaking hands with Steve I agree to give him $20,’ which is recorded and converted to text and/or computer instructions, such that when the user shakes hands with Steve, and the user’s ring is detected by an external device or a second ring worn by Steve, $20 is paid to Steve.”

The smart ring is still a concept and patenting the idea does not necessarily imply that Apple will go ahead and produce it for the mass market. However, the patent does have some interesting features and applications, which raises the question: will we ever see the iRing? 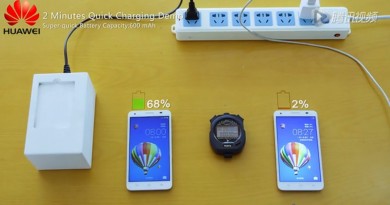 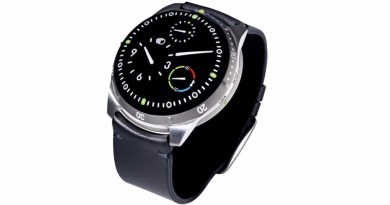