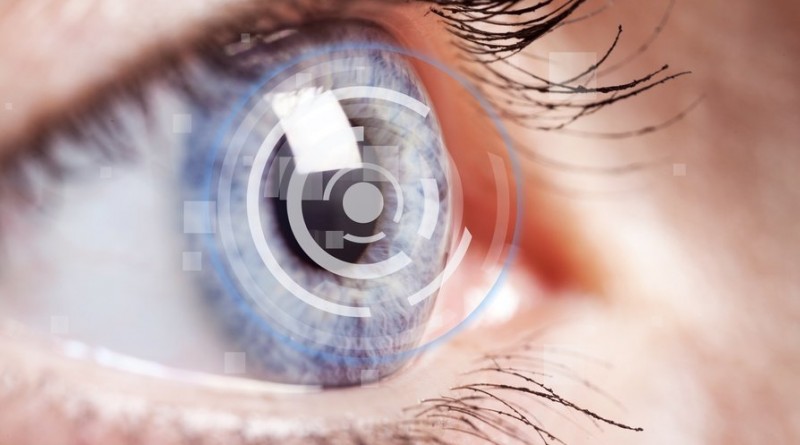 Human being are one of the most distinguished and beautiful living life form present on this planet. We are blessed with sense organs that helps us see, hear, touch, taste and smell. All these senses are what makes the world around us so beautiful and full of life. Out of all these senses eye is one of the most important organ that enable us to see. They  are at work from the moment we wake up to the moment we to go to sleep, taking in tons of information about the world around us, shapes, colors, movements, and etc. It then sends these information to the brain for processing so the brain knows what’s going on outside of your body. But like every organ it too is affected by diseases that makes it useless and makes the beauty of this world fade away. One of such diseases is “Cataract“.

Human eye is an organ that reacts to light and has several purposes. As a sense organ it allows vision. Cataract is a clouding of the eye’s natural lens, which lies behind the iris and the pupil. It is one of the most common cause of vision loss in people over age 40 and is the main cause of blindness in the world. 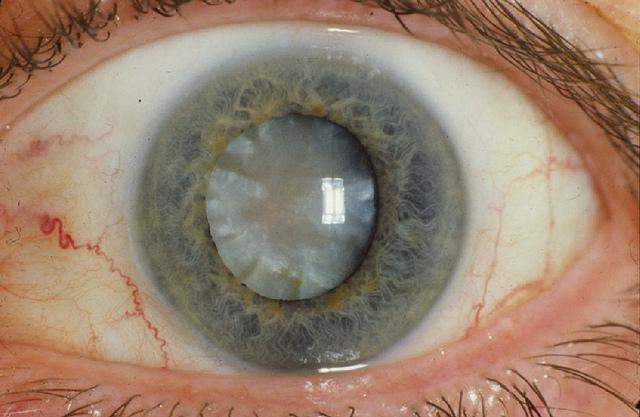 Types of cataracts include: 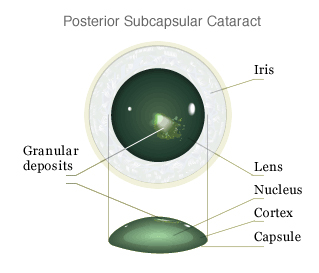 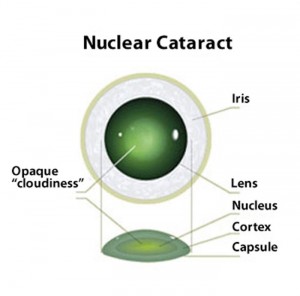 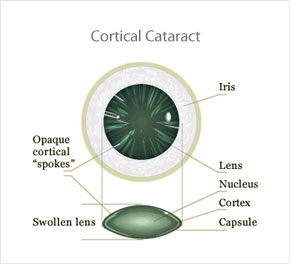 The lens inside our eye works same as a camera lens, focusing light onto the retina for clear vision. It adjusts the eye’s focus, letting us see things more clearly. The lens is made mostly of water and protein, protein is arranged in a precise way to keep the lens clear and let light pass through it. But as we age, some of these protein gets clump together and starts to cloud areas of the lens, this is know as Cataract, and over time, it may grow and cloud more areas of the lens, leading to decrease in vision. No one entirely knows the reason to why the eye’s lens changes as we age. But researchers worldwide have identified factors that causes cataracts or are associated with it. 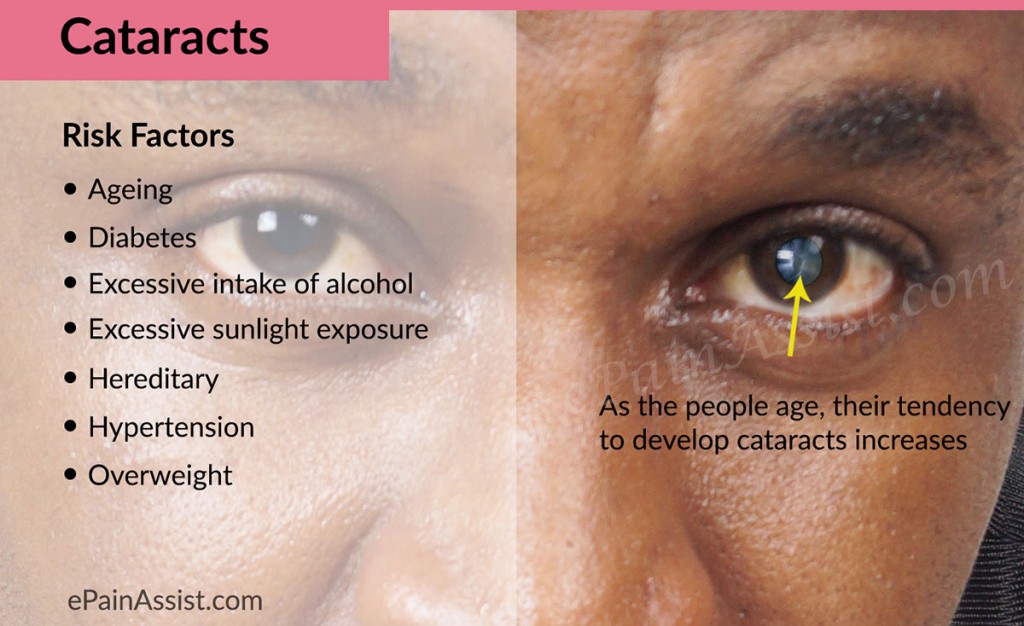 Although cataracts can be successfully removed with surgery, this process is expensive, and most individuals are blinded by severe cataracts if it goes untreated. To handle this researchers have found a chemical that could potentially be used in eye drops to reverse cataracts.

A team of scientists from UC San Francisco (UCSF), the University of Michigan (U-M), and Washington University in St. Louis (WUSTL) have identified a chemical that could potentially be used in eye drops to reverse cataracts, the leading cause of blindness.

In cataracts, the affected proteins are known as crystallins, these are the major component of fiber cells, which form the lenses in our eyes, and its unique properties make them susceptible to damage. In order for our lenses to function effectively, this reservoir of crystallins must maintain both the transparency of fiber cells and its flexibility, as the eyes muscles constantly stretch and relax the lens to allow us to focus on objects at different distances. The crystallins accomplish these function with the help of a proteins known as chaperones, which acts kind of like antifreeze and keeps the crystallins soluble in a delicate equilibrium in place for decades and decades.

This group used a method known as high-throughput differential scanning fluorimetry, or HT-DSF, in which proteins emit light when they reach their melting point. The team used HT-DSF to apply heat to amyloids while applying thousands of chemical compounds, at the U-M Life Sciences Institute’s Center for Chemical Genomics. Because the melting point of amyloids is higher than normal crystallins, the team focused on finding chemicals that lowered the melting point of crystallin amyloids to the normal, healthy range.

According to associate professor of pharmaceutical chemistry at UCSF and co-senior author of a paper on the new research, Jason Gestwicki: 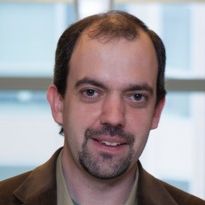 “The group started with 2,450 compounds, eventually zeroing in on 12 that are members of a chemical class known as sterols. Using lanosterol and other sterols as a clue, Gestwicki and his group assembled and tested 32 additional sterols, and eventually settled on one, which they call “compound 29,” as the most likely candidate that would be sufficiently soluble to be used in cataract-dissolving eye drops.”

The new drops has been successfully tested on mouse with cataract, they found that the drops partially restored transparency to mouse lenses affected by cataracts. 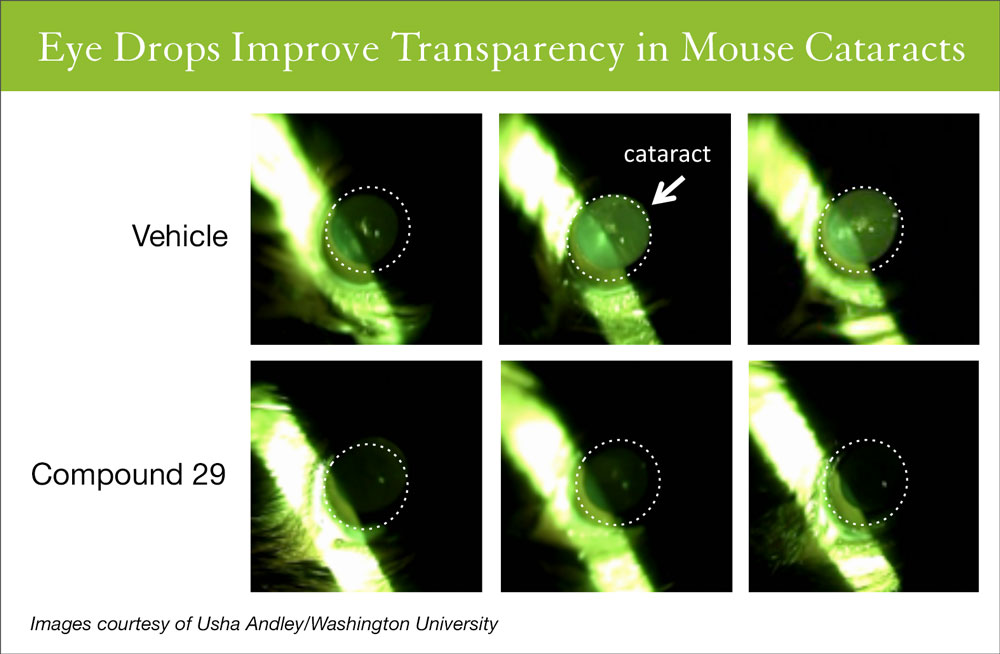 Gestwicki cautions that slit-lamp measures of lens transparency used in the research are not a direct measure of visual acuity, and that only clinical trials in humans can establish the value of compound 29 as a cataract treatment. The ViewPoint Therapeutics company is currently working on developing compound 29 for human use.

You can visit UCSF site for the entire report. 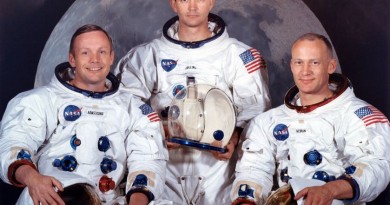 Events Leading up to the First Moon Landing 46 Years Ago 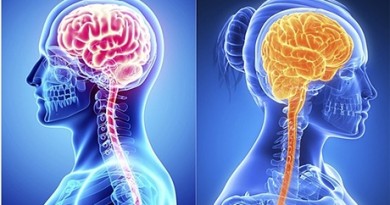 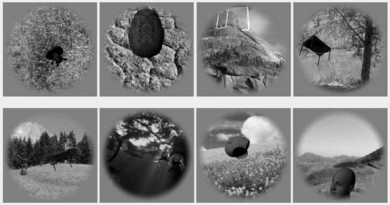