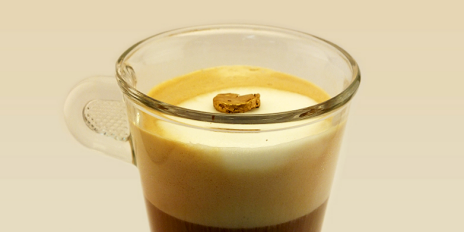 Developments in recent technologies have led to the invention of the lightest form of gold, and finally one can add another ironic sentence “a gold piece as light as a feather” to not so ironic use. Researchers in Switzerland have successfully developed a gold aerogel made almost entirely of air, constitutes 98% air, 20- carat gold, and milk protein. While it retains the metallic lustre of its regular form, it also constitutes a range of curious properties that give it a potential far beyond the jewellery cabinet.

Researchers at ETH Zurich claimed to have created a new type of foam made of real gold, “ it is the lightest form ever produced of the precious metal: a thousand times lighter than its conventional form and yet it’s nearly impossible to tell the difference with naked eye.

A chunk of real 20 carats gold, so light that it does not sink in a cappuccino, instead floating on the milk foam – what sounds unbelievable has actually been accomplished by researchers from ETH Zurich. Scientists led by Raffaele Mezzenga, Professor of Food and Soft Materials, have produced a new kind of foam out of gold, a three-dimensional mesh of gold that consists mostly of pores. It is the lightest gold nugget ever created. “The so-called aero-gel is a thousand times lighter than conventional gold alloys. It is lighter than water and almost as light as air,” says Mezzenga.

How was it processed?

The drying process used for reaching the goal was one hell of a challenge, the scientists created the porous material by first heating milk proteins  to produce nanometer- fine protein fibrils aka amyloid fibrils, which the placed in a solution of gold salt. The protein fibers interlaced themselves into a basic structure along which the gold simultaneously crystalized into small particles. This resulted in a gel-like gold fiber network.

“One of the big challenges was how to dry this fine network without destroying it,” explains Gustav Nyström, postdoc in Mezzenga’s group and first author of the corresponding study in the journal Advanced Materials. As air drying could damage the fine gold structure, the scientists opted for a gentle and laborious drying process using carbon dioxide. They did this in an interdisciplinary effort assisted by researchers in the group of Marco Mazzotti, Professor of Process Engineering.

Throughout the process, the researchers figured out that they could tweak the colour of the aerogel by adding smaller particles of gold to the solution. “When we change the reaction conditions in order that the gold doesn’t crystallize into micro particles, but rather smaller nanoparticles, it results in dark-red gold” said one of the team members.

By modifying the optical properties of the aerogel (which relate to how it responds to light) the researchers are not only able to tinker with the colours, but can also adjust the material’s rate of absorption and reflection.

This means gold aerogel does not get demoted to ‘novelty’ applications like watches and jewelry alone, but also has great potential as a new chemical catalyst. With that huge surface area, thanks to all those pores, the gold aerogel can facilitate chemical reactions at a rapid rate. Another application is in building new types of tiny pressure sensors using the gold foam.

“At normal atmospheric pressure the individual gold particles in the material do not touch, and the gold aerogel does not conduct electricity, “says Mezzenga.  “But when the pressure is increased, the material gets compressed and the particles begin to touch, making the material conductive.”

The material is also been allotted a column in the journal Advanced Materials.

We can’t wait to see where gold aerogel fits in the world where conventional form of gold is used innumerous applications like in smart phones, watches, to medical diagnoses and for space crafts too.

10 Reasons Why You Should Date An Engineer 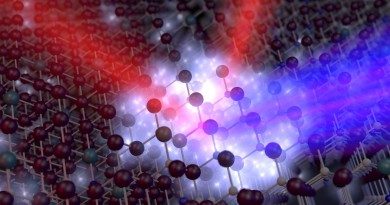